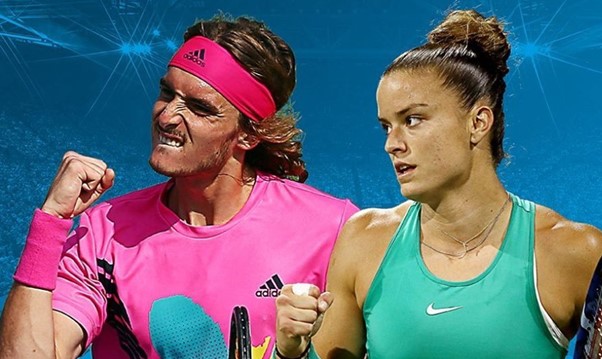 Over the next two weeks, tennis fans will enjoy great games at Wimbledon.

This year’s Wimbledon starts today in London, and it has to show two important differences. The federation has decided that Russian and Belarusian athletes cannot participate in the event due to the war, and the tournament is defined as a “non-competitive” tournament, which means that no world ranking points will be earned. The most remarkable absent big names are Medvedev and Karatsev.

As expected, the first favorite to win the men’s title (given the absence of Medvedev and Federer’s “break”) is still considered to be, by far, Novak Djokovic, who comes from three consecutive victories and six in total. At Bet on Alfa, Djokovic’s chance to win the trophy is listed at odds of 1.75. This does not sound like a paradox for a player who has won all the last three Wimbledon tournaments and has a total of 21 consecutive wins in the event.

The second odds-on favorite is the Italian Berrettini, at odds of 5.80 at Bet on Alfa. He relies on his impressive service and competes with great passion.

Wimbledon: Special player bets for each match at Bet On Alfa

It is a great paradox for many that Nadal and Djokovic still prevail in the world class, despite the fact that, especially in recent years, several super-talented contenders (like Stefanos Tsitsipas) have sprung up, who also have all the means and the most advanced technologies and practices available in order to dethrone the “old” ones.

The answer is probably given by the aspiring contenders themselves and especially their mentality, which probably reflects the inadequacy of our time: the codes have changed, but when, e.g., Medvedev two days ago, in the middle of a match, disrespects his coach (to whom basically he owes almost everything) “live”, resulting in him leaving his box, and without feeling the need to apologize afterwards, even in public, this explains a lot regarding this generation, since all of them (Tsitsipas, Rublev, Zverev etc.) have shown similar attitude in the past.

Even the surprise of this year’s Roland Garros, 19-year-old Danish Holger Rooney, made the following unbelievable statement the other day: “If you saw how Federer was playing when he was my age, you could say he was 40 times worse than I am now. And he ended up being one of the most favorite players in the sport”.

The good news is that Rafael Nadal seems to have finally recovered from his injury and will participate in Wimbledon, where he is considered to be the third favorite, at odds of 7.40. Nadal is in very good shape, since he won Roland Garros. For those who are about to bet on Djokovic, probably they should pay a little attention to the statements of his opponents.

“It is always difficult to play against Rafa, but it becomes even more difficult when he is fully confident, as he has been today. I can’t guess his feelings, but he seemed to be the normal Rafa, in my opinion. After all, he himself said that he feels good, and considering the fact that he decides to participate, it means he is ready to play the best tennis he knowns and win.”

Since he takes part in the tournament, he automatically becomes one of the favorites, if not the favorite. We should not forget that he has already won the first two Grand Slams of the year, having taken respectively just a few games before, therefore, as expected, he is one of the big favorites.”

The victories of Tsitsipas

Tsitsipas is the player who has won the most victories in 2022. He won the trophy in Mallorca, defeating Bautista Agut 2-1 in the final game. He is in a quite difficult schedule, but he’s in very good shape and he is expected to go deep into the tournament. However, the most worrying fact is that the main feature of Tsitsipas’ performance during his recent games on the grass was instability in his service and the many and unexpected, for a player of his class, unforced mistakes. All the forementioned result in evaluating him as the 7th favorite to win the tournament. The conquest of the trophy by Stefanos is listed at odds of 23.00 by Bet on Alfa.

The big favorite in women is Iga Swiatek from Poland, who comes from 35 consecutive victories. She surpassed Serena’s longest streak of 34 and reached the streak of Venus Williams. She has an odd of 2.35 at Bet on Alfa.

The second favorite in women is Ons Jabeur from Tunisia, who is very good on the grass and in a great shape. Odds of 8.30 on Bet on Alfa.

Serena Williams, who has seven wins but is not included in the top favorites, is also back to Wimbledon. She has odds of 19.00 on Bet on Alfa for winning the title.

Could Tsitsipas and Sakkari reach the final and win Wimbledon? Bet On Alfa gives you the odds.

Bet on Alfa offers a variety of options for tennis games, both before and during the match (Live). Indicatively: